10 Signs of an Active Shooter 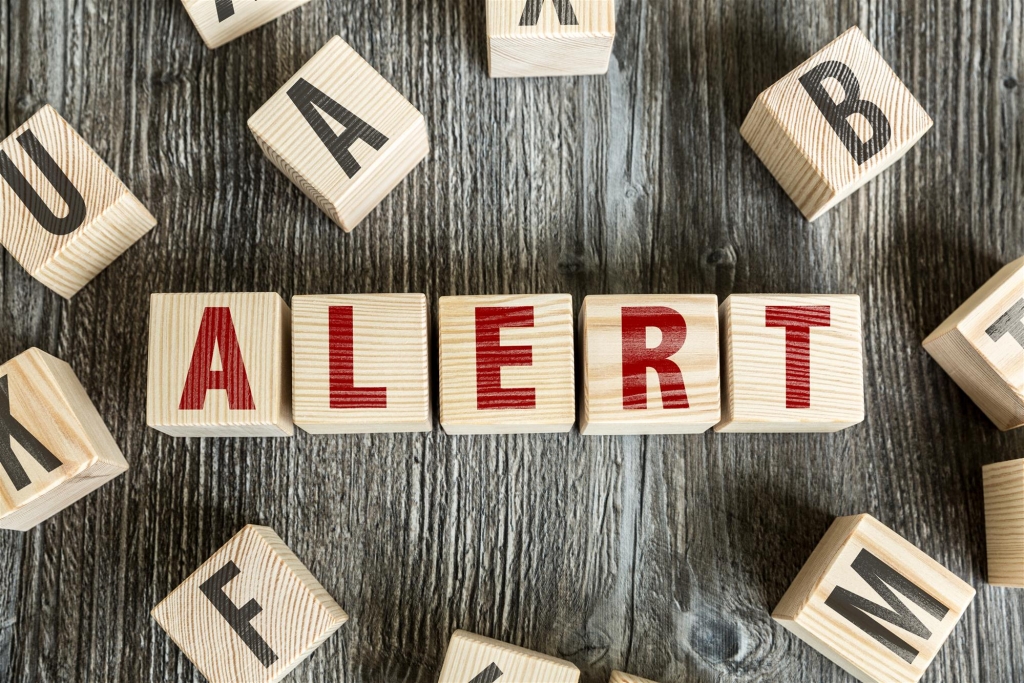 Workplace violence is a persistent threat. With an unsettling 403 workplace homicides in 2014 alone, every business should be prepared for the possibility an active shooter could endanger the lives of its employees.1

As a sign of the times, more and more business owners are taking steps to manage the risk of workplace violence. Many active shooter mitigation strategies focus on enhancing physical security capabilities and involve the use of surveillance cameras, key cards, and security guards. It’s a step in the right direction, but it’s hardly enough. 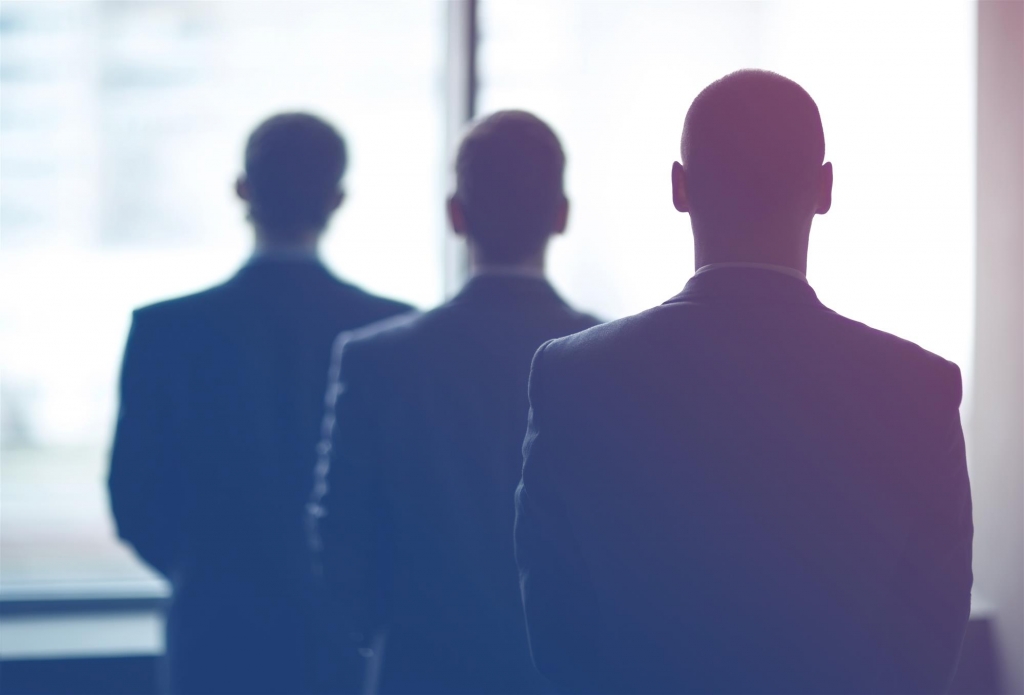 While high-tech equipment can add an extra layer of protection, it cannot guarantee your workplace will be safe from a violent or disgruntled employee, particularly someone who has carefully planned an attack and has access to the building.

Your best defense in that scenario still lies with your human resources – the men and women on the ground who can spot troublesome behaviors long before a deadly situation develops. In fact, proper active shooter training is the most effective method of countering the threat of mass violence.

In addition to drilling every individual on the best active shooter responses, it’s also critical to arm each employee with the knowledge that can help prevent an incident in the first place. 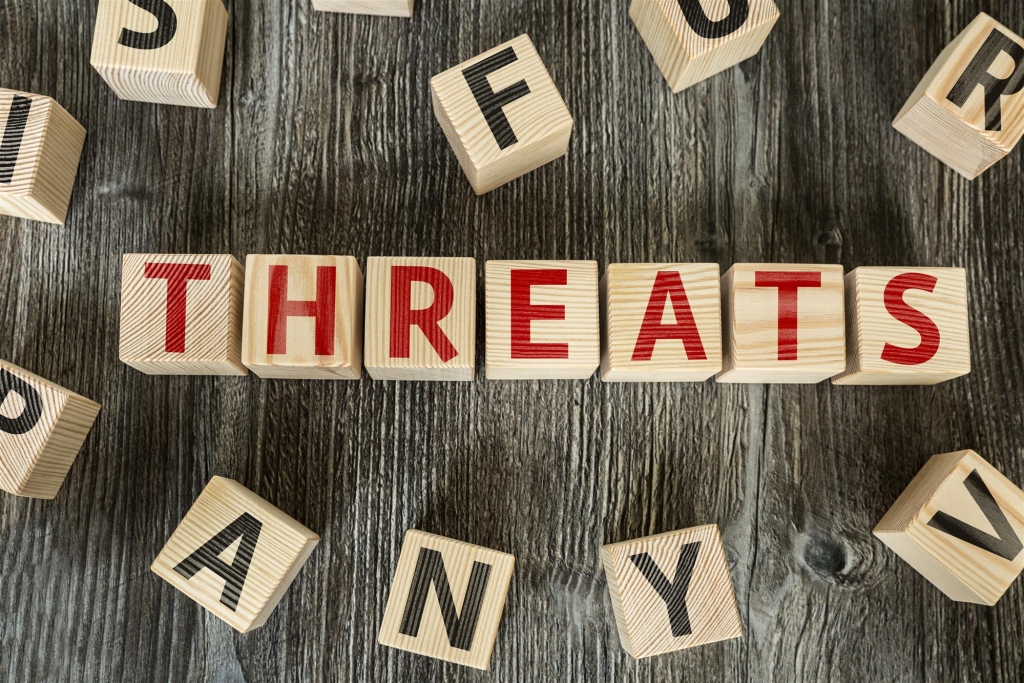 Very rarely does a violent situation develop out of the blue. Typically, there are enough hints to alert those who are paying attention. The key is ensuring that every staff member from top to bottom knows the warning signs and can spot the psychological profile of a potentially dangerous person. Thankfully, experts have compiled a list of behaviors that raise red flags.2 While no one wants to overreact, the stakes are too high to be cavalier. If you do notice any of the following danger signals, don’t feel ashamed to voice your concerns. You may end up saving lives.

Anti-social personalities have trouble getting along with others. The tell-tale signs can range from an unwillingness to socialize with coworkers to outright harassment. Sometimes an anti-social personality will isolate herself from her coworkers. In other instances, a person may make inappropriate remarks, show disrespect for authority, or even push the boundaries of acceptable behavior. However they display their anti-social tendencies, this type of personality has a habit of upsetting other people, and creating an environment of apprehension and discomfort. In almost all cases, they show disregard for the feelings or safety of other people in their vicinity.

Potentially dangerous people often display a predilection toward vindictiveness. Not only do they blame others for their problems, but they also go so far as to express a desire for revenge. Sometimes their vengefulness manifests in relatively mild terms, in statements such as, “They’ll get theirs someday.” In other cases, their utterances can come with a more threatening edge, such as “I’ll show them.” Whether they express themselves in terms of impersonal karma or direct retribution, people who consistently hold grudges and celebrate the future suffering of others may be giving you a valuable hint. 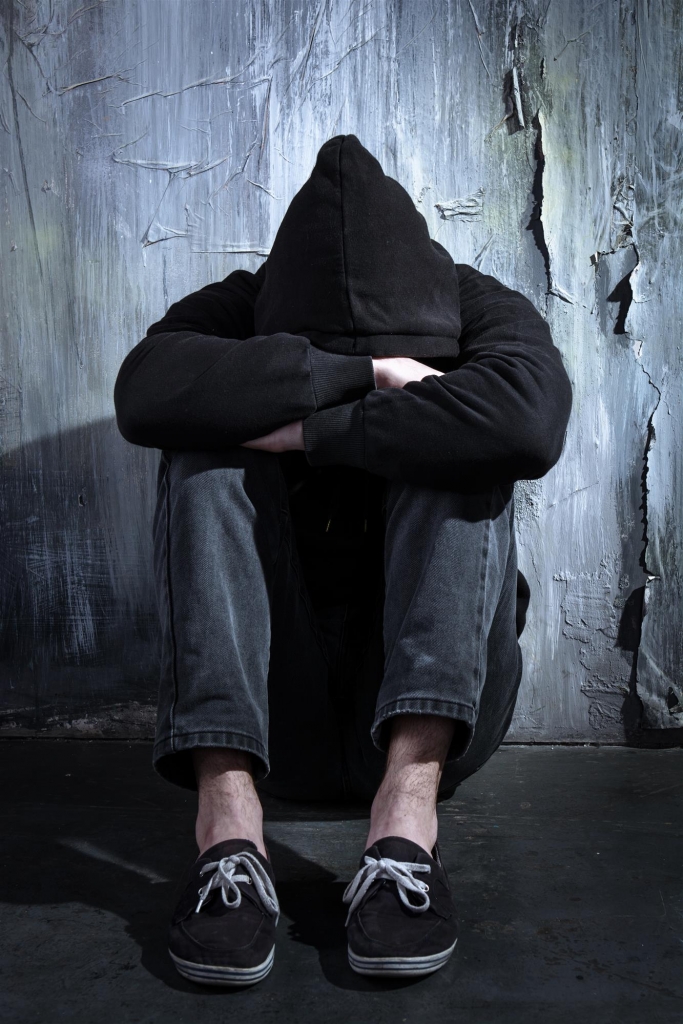 Some people take responsibility for their mistakes. Others turn around and blame others. With an unshakable belief in their own victimhood, they rarely (if ever) admit they are in the wrong. A consistent tendency to shirk accountability while holding others responsible can be an indication of trouble. Indeed, someone who is more apt to complain about problems than resolve them is displaying a victim mentality. We’re all guilty of condemning others now and again, but an employee who frequently walks from office to office pointing the finger at his coworkers, complaining that he has been treated unfairly, is not displaying normal behavior.

Similarly, someone may suffer from an extreme form of paranoia. They may have a persecution complex, of sorts—an irrational belief that others are trying to cause them harm. Whether they suspect their life partners, their coworkers, their bosses, or even the government, they seem to think the world is out to get them. Convinced there is a conspiracy—however big or small—to undermine or even destroy them, they are inherently mistrustful and perpetually wary. Often a paranoid employee will claim she has been treated unfairly. On its own, such a claim is not particularly worrisome (it may even be true), but if it is a persistent complaint, and if it is accompanied by other warning signs, it could be part of a larger problem. 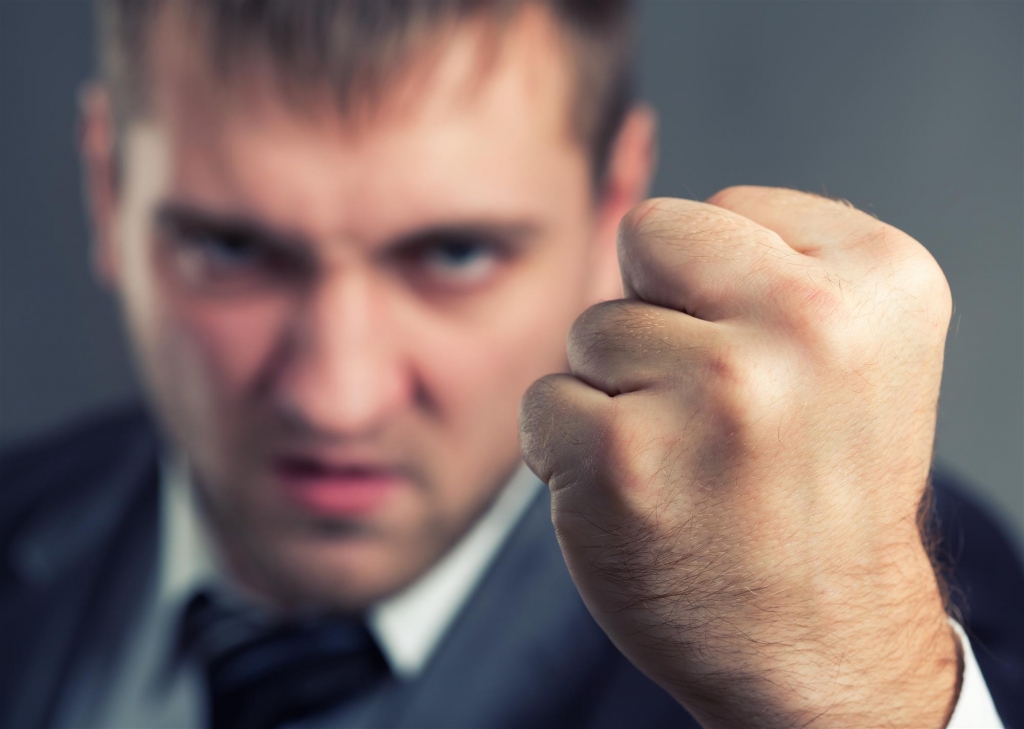 A propensity toward aggravation and rage is one of the more troubling omens. That’s because ungovernable anger is a reliable indicator of potential violence. Everyone gets angry once in a while. There is a difference, however, between someone who vents their frustration in a normal, even healthy, manner, and someone who seethes or bursts with an underlying fury. An employee who consistently throws temper tantrums—swearing, yelling, crying, sulking, using overly emotional language—may be signaling trouble.

There is no way to peek inside an employee’s head and tell what he is thinking (outside of a futuristic novel or government conspiracy theory). Even if there were, it would be highly unethical.

The only clues we have, therefore, are the statements people make and the behavior they display. If someone hears of a mass shooting in the news and celebrates instead of commiserates; if someone talks, even in a joking manner, about shooting other people; if someone utters remarks, however offhandedly, about blowing people’s brains out, they are giving you a valuable glimpse into their minds.

Whether the threat is overt or implied, it should never be ignored. Often a series of violent remarks is the clearest, if not the only, warning sign you’ll ever receive. Take it seriously.

Control issues are another worrying, albeit slightly less serious, symptom of a potentially menacing personality. Some people are what you call “control freaks.” Small changes upset them. Altered routines make them uneasy or even angry. They must command the environment at all times. When they do not, they become mentally imbalanced. Often they believe they are superior to others and will impose their opinion on those around them. If they feel they have lost control, they may try to regain their power in peculiar, even dangerous, ways.

A person who displays unsettling characteristics will often have difficulty holding down a job. If you’re seeing disquieting behavior, chances are someone else has seen it as well. An inability to maintain a job for any length of time is one of the surest signs that something is wrong. Past behavior is such a reliable indicator for future performance that many companies are now enacting new hiring policies that place added emphasis on a candidate’s background and social skills. Indeed, many experts say that weeding out potentially troubling candidates before they enter a company is one of the most important active shooter mitigation strategies for businesses.

The same goes for firing policies. The general rule is: the sooner, the better. If you can remove a potentially violent employee before he gets emotionally attached to his job, you may end up diffusing a situation before it gets out of hand. In any event, termination should be handled with care, as it can be a precipitating event that pushes an already troubled personality to the breaking point.

Strange behaviors come in many shapes and sizes, but there are some that are particularly alarming. Everything, from inappropriate remarks, to socially unacceptable habits, to odd comings and goings, can give the impression that something just isn’t right. Even if an employee’s job performance is stellar, he or she may rattle others by their odd behavior. Sometimes it’s hard to put a finger on what exactly causes uneasiness in others, but it is generally attributable to a lack of social skills. 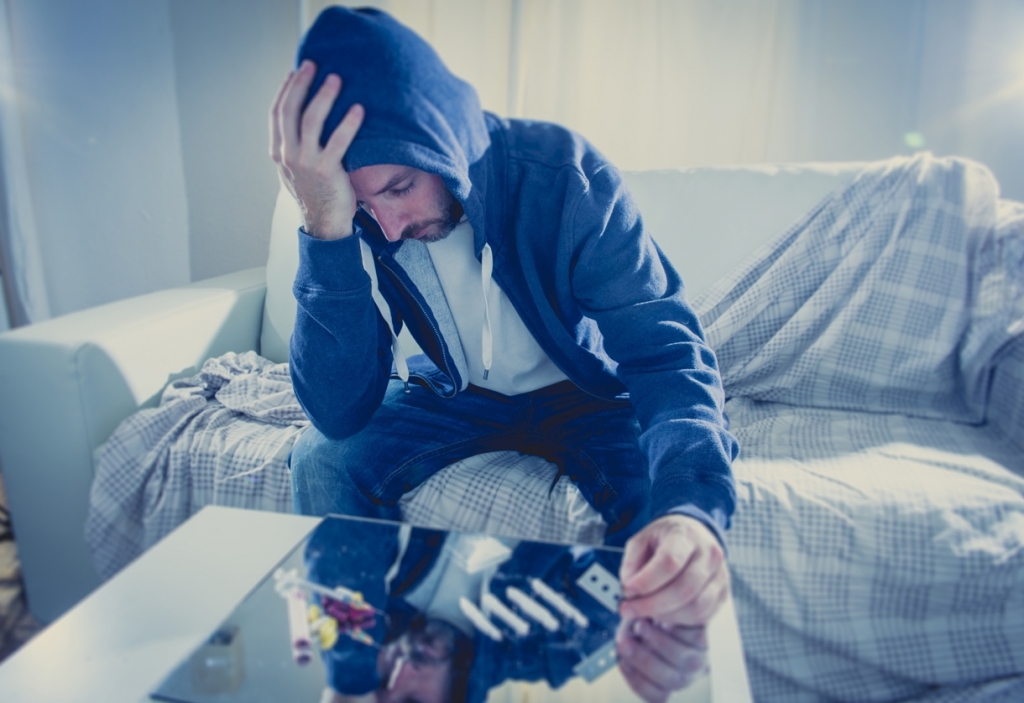 A range of unhealthy habits may indicate somebody is going through a period of emotional turmoil. Watch for employees who neglect their personal hygiene, look disheveled, suffer from strange illnesses, and roll into the office late. Drug addiction and other substance abuse problems may also be present. As with all the other warning signs, this one should be taken in context. While many people suffer from isolated problems that deserve compassion rather than recrimination, a person who displays a number of perturbing traits may warrant a closer look.

Too often, people wait until after a mass shooting to speak up about another employee’s strange behavior. In the glare of the news cameras, they speak of violent remarks and unpredictable conduct. By then it is too late. Don’t wait until people have died to sound the alarm. If anyone exhibits one or a combination of the warning signs, heed the danger and take action. 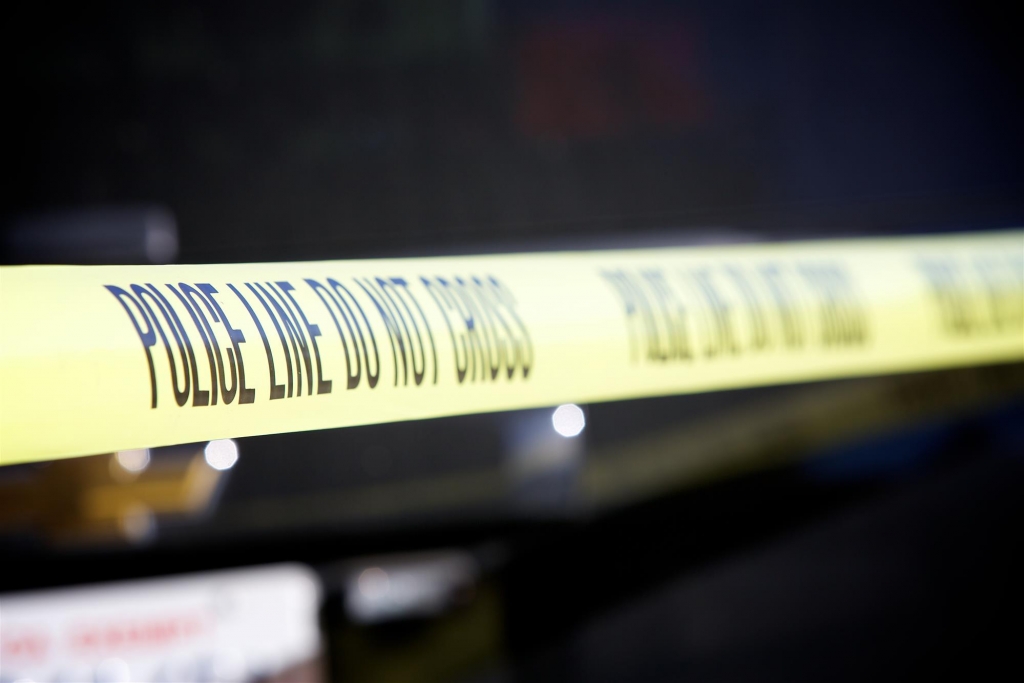 If you’re an employer, make sure you have an open door policy. Encourage employees to voice their concerns, and make them feel comfortable when they do. Provide workplace active shooter training courses to teach people how to deal with a situation if it arises.

Information is power. When it comes to active shooters scenarios, it may be the key to staying alive.